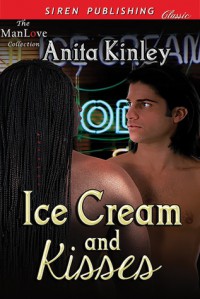 What happens when you catch your lover cheating? You move on rather quickly.

Lance discovers his lover of fourteen years, Richard, in bed with another man and woman. Lance is, obviously, devastated and immediately throws Richard out and turns to his friend, DeMarco. He and DeMarco have been talking and growing closer after meeting 6 months earlier. Their relationship then turned into something very serious, very fast. Especially considering Lance's dramatic breakup with his ex.

Lance admitted that his relationship with Richard wasn't what it used to be for the past two years. So, I guess, this makes his decision to jump into a serious relationship right away acceptable. He didn't think he was perfect, but Lance was painted in more of an innocent light when I don't think he was innocent at all. Yes, his ex was physical with another couple but Lance was having an emotional affair for 6 months. Neither is better or worse than the other, just different and just as hurtful. The fact that he could be so deeply in love with someone else right away shows the depth of this other relationship he was having on the side.

I get it, Lance and Richard were on the outs and Lance was finding comfort and love elsewhere. I can understand why he was turning to someone else towards the end of his fourteen year relationship, but that doesn't make it okay.

Then we got to the bedroom and this was when everything went bad for me. There were silly pet names and even worse dialogue. Things like calling each other 'Sweet Tea' and 'White Boy' pulled me right out of a story and lessened my enjoyment considerably. Unfortunately, after their first time in the bedroom, the endearments and unbelievable dialogue continued, and it was something that I just couldn't get over.

This was an okay read and I think I could have accepted and enjoyed DeMarco and Lance's story if not for the sex scenes and dialogue.