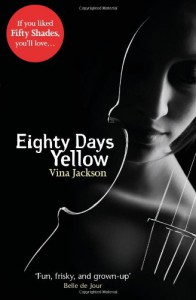 Readers are introduced to Summer as she is lying naked on the floor of her boyfriend’s home blaring Vivaldi on the stereo. Having found her in the provocative position her boyfriend is not too happy, to say the least. He’s an uptight man who has no patience for Summer and her sometimes unconventional behavior. Ugh. Luckily, he didn’t last for long. Girl should not be having to ensure her own pleasure during sex. Ever. A newly single Summer -- not that what she had before could really have been called a relationship -- is struggling to make it by. She is a violinist and when she is playing her music encompasses her whole being. Her music is everything to her. When her violin is irrevocably damaged she is desperate to find a replacement.

Dominik is a man of dark desires and never lacks a companion to help sate them. He is a professor at a University and while walking through the city he sees a woman playing the violin. He notices how completely consumed she is by her music. Her eyes are closed and she has stopped noticing the foot traffic that surrounds her. He’s completely taken by her but leaves before he learns who she is. He hears of a story about a violinist named Summer who’s violin has been broken. He instantly recognizes her as the woman from the street and offers her a deal that she can’t refuse.

Summer and Dominik have reached an agreement with one another. Dominik has agreed to replace her violin as long as she performs for him. Not only is she giving private performances but she is playing in the nude. As their relationship progresses, she finds herself obeying his every command. Even though her head is telling her “no” her body continues to betray her. Summer has always been, admittedly, somewhat promiscuous. She has desires that she feels she can’t share with the people in her life, except for her friend, Charlotte. Charlotte takes Summer to a fetish club and Summer realizes that, yes, she is a submissive. Of course, Dominik could have told her that! Summer and Dominik continue to explore a Dom/sub relationship with no strings attached. Which never really works out for anybody, so predictably, everything falls to shambles.

This book is quite a ride. I felt a variety of mixed emotions. I was hopeful, frustrated, all swoony, angry, bitter and then back to hopeful again. I loved the progression of their relationship. Dominik was able to show Summer who she was and led her through her discovery of her own sexuality. This is my favorite type of BDSM story. There aren’t any scenes, equipment or formal protocol to follow. Everything they did together was natural and in the moment. Dominik didn’t need those fetish toys to be the Dom that Summer needed. As much as I did love these two together -- when they actually were together -- some of their decisions drove me into craziness. They are so obviously good together, why not embrace that? Why push it away? Why the jealousy when it was stated no strings attached? When they were, inevitably, pushed apart by their mutual stubbornness this is when the story kind of lost me. I was completely captivated by their tale before this. I understand why they needed the time apart and why it happened but too much time was spent there. I found myself not caring about Summers “relationship” (which is a completely different WTF issue I had, but I will not spoil) during this time and I didn’t care to read about Dominik and his current lover. I am a romantic at heart and only want the H/h to want each other. No looking no touching. Which is unrealistic in any form, but it’s the happy rainbows and unicorns world I love to live in.

But, for the majority of the story I was completely engrossed and could.not.put.it.down. I am invested in Summer and Domink’s story and you will see me reading Eighty Days Blue when it's released.