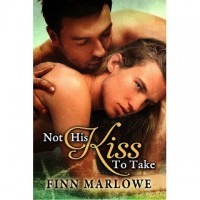 This is some kinktastic fun.

This was my first trip into medical kink and, honestly, I didn’t really know what to expect. Essentially, Evan likes to play doctor. Thankfully, he is a doctor in his real life so he knew what he was doing. While at a bar Evan sees Jamie and is instantly attracted to him. Unfortunately, the attraction isn’t reciprocated. But when Jamie is found by Evan, beaten to a bloody pulp in the restroom, there’s only one thing for Evan to do. Take the boy home and fix him up like the good Dr. Pervy-Pants he is.

For Evan it was all about the power exchange, and playing doctor was his way to do just that. He felt like he had control over his patient, his patient trusting him to know what was right. So, when he found Jamie, needing help and refusing a hospital, Evan couldn’t help but take the lovely boy home. Jamie was a riot. All his nicknames for Evan and his reactions to his “treatments” were so, so funny. How else is he supposed to react when the man giving you an enema has a hard-on? Yeah. That happened. I’m not sure if I was supposed to find the whole thing so funny, but I was LOL’ing the entire time.

Aside from Jamie’s continued snarky remarks and Dr. Horny-Hands’ pervy ways, this was a sweet romance. The title is so fitting; Evan never pushed Jamie to give more than he was willing. Yes, he was a little persuasive, but not forceful. He was so loving & kind & patient. Patient for Jamie to come to terms with his feelings. So patient that he was willing to let his lovely boy go, if that’s what he wanted.

I didn’t know what to expect going in and I certainly didn’t expect to enjoy it as much as I did.
Tweet
1103 BOOKS
Facebook Pinterest Goodreads