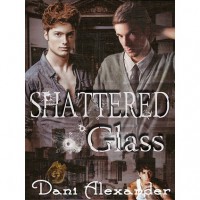 “Even the road to Disneyland has potholes”

Austin Glass has spent his life bouncing from relationship to relationship with different women. Never able to settle down, always scared running. He could never understand why, until he met a whore in some bunny slippers. That’s Peter. Austin is enthralled with him instantly. So enthralled that he immediately breaks up with his girlfriend and declares himself gay. He did have some internal struggle with this self-realization, but mostly, it went like this... he met Peter, got hard, and then came out to the world as a gay man.

Austin was funny, witty and had absolutely no shame. He had gay-sexual innuendo in almost everything he said. He delighted in making others feel slightly uncomfortable and definitely used his humor as a defense and coping mechanism. Once he did figure out he was gay he embraced the gay wholeheartedly.

I loved that about this story. Yes, there was angst, but not OH MY GOD I’M GAY angst. Just OH MY GOD I’M AN ASS kind of angst. He was constantly questioning Peter’s feelings towards him and their relationship. It took a while for Austin to become likeable. He was always putting Peter down for his choices and lifestyle. He refused to accept that Peter, a whore, could want anything from him for free. Granted, Peter did want something from him initially and wasn’t exactly the “friendship circle, let’s talk about our feelings” type, but if Austin would have looked passed and stopped screaming whore! he might have noticed Peter’s genuine feelings sooner.