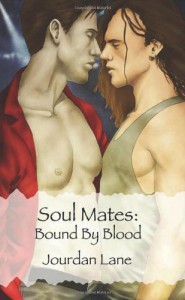 Peter, a bartender at a local club, sees a man on the dance floor and is immediately drawn to him. They share a dance but the man disappears before Peter is able to speak with him. Peter continues to see him at the club and comes to learn that this mystery guy is a vampire. Vampires are known in society but Peter has an unhealthy fear of them. He once walked into The Den, the local vampire club, and stumbled upon a horrific scene that he hasn’t been able to get passed. After much persuading, the vampire, Lucien, gets Peter to agree to see him. Peter realizes that not only is Lucien a vampire, but the Master vampire of the city and the owner of The Den.

Being with a master vampire comes with its own responsibilities. It automatically puts Peter into a position of power that he’s not sure he’s ready for. Peter is forced to see things that he doesn’t understand. Lucien is very patient in letting Peter come to terms with the violent vampire world but eventually has had enough of his fear and lack of trust. This forces Peter to choose. And choose he does. Once he decided that he was going to be Lucien’s partner he took his position by the reins. He became a strong, caring and decisive leader for their coven. It was as though he was meant to be a partner to Lucien in leading their coven.

While I loved both the MC’s passion and chemistry with each other there was a lot of fighting and bickering. I am a fan of some good banter, but this didn’t feel like banter, just bickering. All the back and forth between them was tiring. I did appreciate that there weren’t any secrets between them. They were very honest with each other, which of course led to the constant battles.

Loved the world building, loved the characters and although I don’t see a change in the sexual dynamic of their household, I think I can handle some hot ménage man lovin’ if I have to. So twist my arm and, yes, I will be reading more of this series.