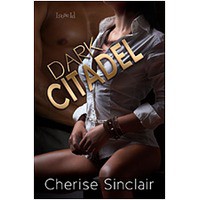 This book begins with Kari visiting Club Shadowlands for some beginners nights with her boyfriend, Buck. When they arrive Buck doesn’t seem to understand what his role as a Dom should be and makes Kari feel uncomfortable. Kari turns to leave because of her boyfriend but Master Z stops her to see if she wants to try with a different Dom, Master Dan. Kari accepts the offer because, well, who wouldn’t?

We know Master Dan from Club Shadowlands. His is widowed and has decided that love is not for him. He doesn’t get involved with his Subs and doesn’t keep them for longer than one night. So, when he takes Kari on for his Sub for the night he experiences many emotions that he is not prepared to deal with.

Kari is a very modest and conservative woman. When she meets Master Dan she is not too sure what to expect. But with Master Dan being the attentive Dom that he is, he knows exactly what Kari needs. Master Dan pushes Kari to her sexual limit and she is appalled by the sexual experiences that she is enjoying.

While Master Dan is pushing Kari’s sexual limits, Kari is doing the same to him emotionally. Even though Kari is a sub in the bedroom she doesn’t let that stop her outside of it. She doesn’t take any of Master Dan’s crap and forces him to deal with his emotions, both past and present.

The chemistry and emotional connection between these two is off the charts! I loved every second of their time together. Again, I wish we could see more of these characters out in “real life”. But I do enjoy seeing them in Club Shadowlands and will keep reading to see more!