“Why couldn't people's insides match their outsides? The world would be such a wonderful place if the nicer someone was, the more beautiful they became.” I really don’t know where to begin with this review. Both books have left me with such high emotions that I’m still sitting here quite speechless. I can tell you this, when I started I was expecting a cute little coming of age tale. Ha! Yeah right. What I got was beautiful, heartbreaking, wonderfully written story that left me a blubbering mess. One that is on my mind and will continue to be on my mind for days.

In the beginning of both books we meet Ben, an out and proud teenager, and Tim, a boy who is still trying to figure himself out and how he fits in the world. When they meet they start up a secret relationship because Tim, having to worry about his social status, can’t very much be seen with the local gay kid. Yeah, whatever Tim. The boys become closer and their relationship turns into a sexual one which then leads Ben to wanting exclusivity with Tim. Tim is still young and still scared. Scared of his own feelings, of his parents’ feelings, hell, he’s basically scared of the world. So he ran.

In [b:Something Like Summer|10213367|Something Like Summer (Season #1)|Jay Bell|https://d202m5krfqbpi5.cloudfront.net/books/1294956195s/10213367.jpg|15086656] we have the story told through Ben’s POV. Ben had just been left by his first love and is in pieces. Pieces. With me right along with him. He is forced to move on and move on he does. He has a few boyfriends but he eventually finds love again with the ever-perfect, Jace. I loved Ben & Jace’s story. Even though Ben never stopped loving Tim and he is still a very real presence in Ben’s life, Ben & Jace’s relationship felt just as real and was wonderful to witness. Jace was everything Ben needed and deserved after his massive heartbreak. Jace was understanding, forgiving, loving and just completely there for him. Like I said, perfect.

In [b:Something Like Winter|16093007|Something Like Winter (Season #2)|Jay Bell|https://d202m5krfqbpi5.cloudfront.net/books/1350517646s/16093007.jpg|21898844] the same story is told through Tim’s POV, but it didn’t feel as though I read the same story twice. They first 20% or so was Tim & Ben’s relationship they had in high school and it was interesting to read what happened in Tim’s eyes. Let’s face it, it was going to take a lot to redeem some of Tim’s actions. Yes, Tim was redeemed but no, his actions were not excused. Not only did Tim break Ben’s heart but he tore his own into pieces by running. Right along with my heart. After he realizes his mistake, it’s too late. Ben has found someone he loves and deserves, Jace. Tim thought his life was over after Ben and struggles to get it back. He floats through life; he finds some successful relationships and some very damaging relationships along the way. His story was the most heartbreaking for me, he was so broken and so lost. Nobody to really love him except his best friend, Eric, but I really can’t go there right now. Still too many emotions running wild! But, eventually, he was able to put the pieces of his life back together. Not for Ben but because of Ben and the love they still had.

Throughout the 10 year or so span of these books Ben & Tim touch each others lives, coming in and out for brief moments but they were never able to find the right moment to be together. Well, in the end they finally found their moment. And it was beautiful. 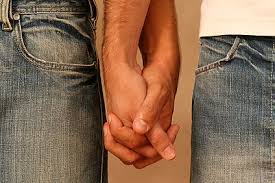 Oh my, this was so emotionally intense I cried like a little baby in both SLS and SLW. I don’t think I’ve cried like that while reading since Dobby died. You know what I mean. Yeah, that kind of cry. I was happy, sad, devastated, heartbroken, hopeful, just every emotion hit me, BAM! over and over again. Next up is [b:Something Like Autumn|17975600|Something Like Autumn (Season #3)|Jay Bell|https://d202m5krfqbpi5.cloudfront.net/books/1369474287s/17975600.jpg|25201578] where we get to read Jace’s story. It’s ready to go on the Kindle but I still need some time to mend my heart before picking this story back up.